Surfing on the island of Simeulue. It is fun, but it also a challenge. The first time surfing at the spot called ‘The Peak’, which is just in front of the Mahi Mahi resort, I just paddled around. The waves were pretty big and I didn’t wanted to get my ass kicked immediately. I first wanted to explore and see how the spot was working. To see where to be and where not to be and to see what to do if you get a big set on the head. What is the escape route and how do you get in and out of the spot? Without getting your feet scratched over the reef.

The next day was already much better. I surfed at the same spot again, but now I was doing much better. The waves were a little bit smaller, but still a solid two meter high. I was able to find my position and able to take two waves. One wave to the left and one wave to the right! That were only two waves, but I was happy! If you are surfing in waves that challenging, two waves can already be enough.

Being a girl and travelling out to an isolated destination like Simeulue can be interesting as well. Not only because it is a traditional muslim country and as a woman you are supposed to dress up decently. You have to cover your shoulders and you can’t wear short shorts. But it is also interesting because you need to handle yourself as a girl within a surf community that is full of guys. Most of those guys are really nice, but some of them can be a bit macho as well.

It is different to be a surfer girl than to be a guy. We don’t always like big waves and we don’t always like to get washed. But if you go to a place like Simeuleu, which is full of big waves, you need to handle yourself. Take care of yourself in and out of the surf. You need to be able to pick your waves and swim up when you get hold down. And take care of your feet when your scratched them across the reef. That’s where surfing in Simeulue is about! It is lots of fun and it is beautiful to surf on a tropical island, but it is also a challenge. So if you come here, you need to be ready for that! 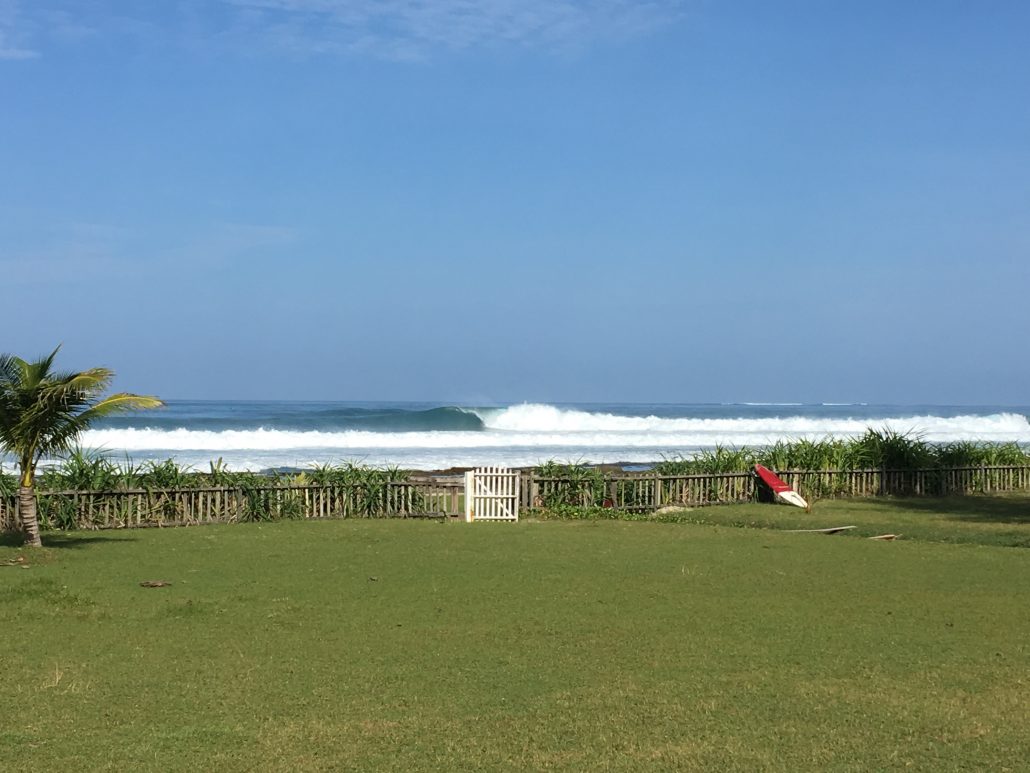