The Mentawai are known for its big and beautiful waves. The tropical surf spots attract people (mostly guys) from all over the world, who pay a fortune to go at a big, luxurious charter boat and to chase the waves. Most western people, and especially the surfers, often forget though that the Mentawai are also a couple of tropical islands, where local, often poor people live.

At North pagai, one of the southern islands of the Mentawai, I got the opportunity to spend five days with a local family. Reno Lainge Baje Sapalakai and his dad (Hendri Nasrani Sapalakai) gave me the possibility to stay with them and to see how they and their family are living. In short. Where the Western surf charter boats are very luxurious, the houses of the local people are not. Most houses are constructed of wood and they are built by the people themselves! Reno and his dad spend days to redecorate their existing house and they make their own chairs, their own tables and their own balconies. And if something is broken, they don’t call a company, but they fix it themselves. 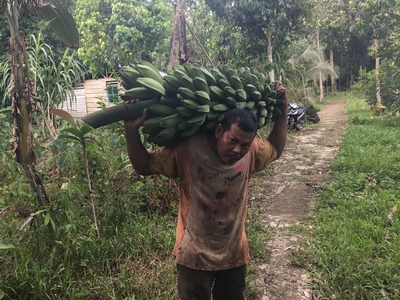 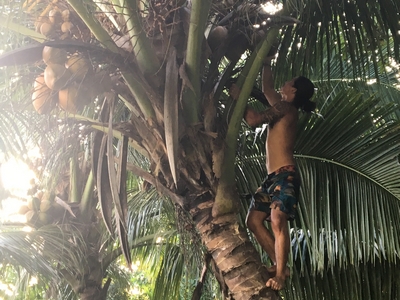 Most of the houses are built on the water front and it is no surprise that a tsunami or an earthquake could do big harm out here. Maybe not at Sikakap itself, because its located between a couple of islands, but at other islands like Simeulue the tsunami of 2014 caused a lot of damage. A lot of houses were destroyed and in the province of Aceh a lot of people were killed.

Reno has a big family (his dad has 11 brothers and sisters) and his family is strongly represented in Sikakap and the island of North Pagai. His dad sits in the parliament of the Mentawai, but he spends most of his time working on the guesthouse that Reno wants to construct. These guys don’t fool around. They work day and night! Don’t be surprised if you still find them working at 03.00 o clock at night. They make a lot hours, but your never hear them complain. Reno’s dad likes to sing when he is cutting the wood or constructing a chair. Sometimes they are so got up in their work that they forget to eat and forget the time. If you are building a guesthouse with your own (bare) hands, it takes time! 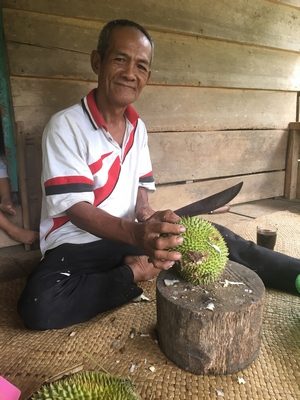 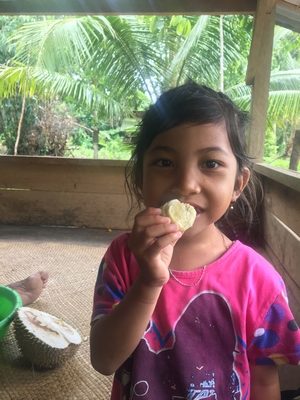 We also got the opportunity to visit Reno’s uncle Jali who lives in the jungle. Jali works as a security guard at the government, but most of the time he works as a farmer. He has small wooden house in the jungle, with only a few things in there. A fire, a chair and a bed (I haven’t seen it though) are all that his wife and his two young children need. It is amazing to see how these people can live in these simple conditions and still be happy. You don’t need all that luxury if you can live in nature and live from everything that is growing around you.

Around his house Jali planted a lot of banana trees, (a bunge of banana’s will earn him 15 dollars) a local fruit which I consider as lychee and lot of other plants, that give the uncle enough money and food to live from. The whole family works at the farm and grandfather (who lost most of his teeth) lives with them. This is how a lot of local people in the Mentawai live and that is what most charter boats, when they float around to find waves, seem to forget. There is nothing wrong with chasing the waves of your life, but it would be good to do something back for the local people. To give them a bit of money or other means, where they can improve their life with. Because these people are not only local and a bit poor, but also some of the nicest people in the world. 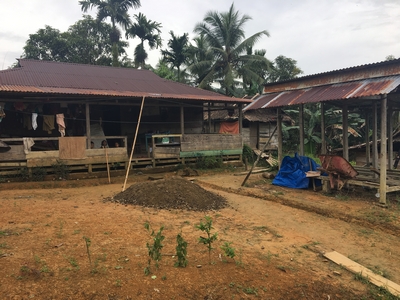 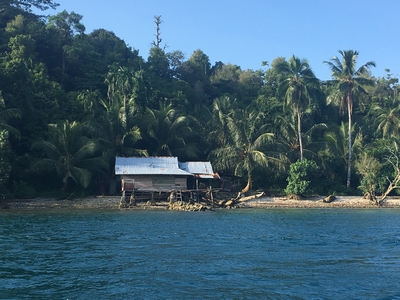